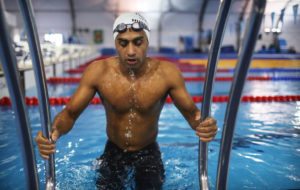 One more story, among the many that will populate the days of competitions (27 February-1 March) in the pool of the Bella Italia Village in Lignano Sabbiadoro, the home of the World Series of Paralympic swimming italian stage.

We have introduced the stars who will battle in an edition full of champions like never before (READ HERE), today we tell of an athlete who will carry the flag of his team high: that of the Refugee National team.

His name is Ibrahim Al Hussein and he is Syrian, raised with his 13 brothers in relative normalcy until 2011, when the terrible civil war broke out. In 2012, while he was trying to help a friend who had been injured during a bombing, he was also hit by a bomb that caused his right leg to be amputated. Sport – swimming, but not only – was his lifeline (his father is a swimming coach and immediately directed him towards this discipline since he was a child, when he learned to swim in the waters of the Euphrates River) also when in 2014 he was forced to flee Syria by crossing the Aegean Sea to reach Greece, a country that guaranteed him Asylum and in which he still resides. *

In 2016 he participated in the Paralympic Games in Rio de Janeiro and dreams of winning a medal in Tokyo 2020, his motto is “I cannot imagine my life without sport: I could stop eating, but not playing sports: it is sports to keep me alive. ”

Ibrahim will be in Lignano with his coach, the Greek Alexander Tsoltos 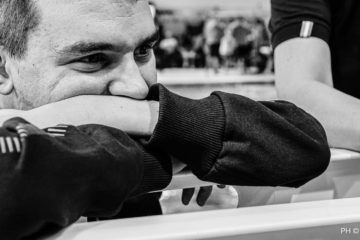 A punch in the stomach

The LOC President Francesco Bettella, and the World Series canceled due to coronavirus.

Following the guidance of 23 february 2020 given by the President of Friuli Venezia Giulia Region about the Covid-19, we would like to inform you that both the LOC and the FINP (Italian Para Swimming Read more