“The long wave of London will drag us to Lignano” 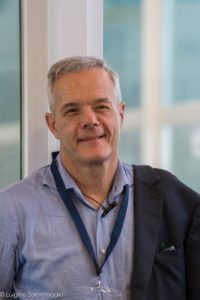 They will be intense days, full days, important days. They will be days of competitions, medals, stories and champions. They will be days of victories and goals, of conquests. It will be the days of the para swimming World Series, which will set the pool at Bella Italia Village in Lignano Sabbiadoro from February 27th to March 1st 2020. An important appointment: because there will be the strongest athletes, because it will be one of the last opportunities to qualify for the Europeans and the Paralympics. The organizational machine has already been set in motion and it is the president of FINP, Roberto Valori, who is launching this long sprint that will lead towards the day of the start of the races.

“Two years ago – says Valori – we chose to bet on a work group, we chose to rely on Francesco Bettella and his team to organize an important event like a World Series. I can say with certainty and pride that the bet was won: a large working group was born, a competent group and at the height, a group able to organize events like this”.

What edition will be next?
“2020 is the Olympic year: it will be a very important, heartfelt and very participated edition. We will do everything we can to make sure that everything goes well: a group of well-trained and competent organizers, a well-liked and appreciated location, help from FINP with a contribution to the organization that we hope to succeed in realizing. More than that, I don’t know what else we could do.”

So it will be a great week …
“I am sure of it, and I am sure that the last edition that had already represented a step forward compared to the previous one will also be improved: a step forward in serenity, experience, the ability to do and to communicate. Francesco Bettella, president of the COL, is a guarantee: although I hope that, in addition to the role of organizer, he can have a competitive possibility because he remains a great athlete.”

There is a long wave that still makes one vibrate with emotion: the wave of the London World Championships won by Italy.
“That incredible result has turned the spotlight on us, reflectors that we don’t want to turn off: I know that the president of CIP, Luca Pancalli, at some international meetings was approached by many people who asked him about us. They asked him about FINP and they wanted to know how we can be so strong, what is our secret. And speaking of Pancalli …”

And so…?
“I would like to take it to Lignano: it will be difficult because its institutional commitments are many and often delayed. But we will try, promised.”

Following the guidance of 23 february 2020 given by the President of Friuli Venezia Giulia Region about the Covid-19, we would like to inform you that both the LOC and the FINP (Italian Para Swimming Read more