World series in Lignano? It looks like Paralimpic Games…

Dive into the water and swim until you are exhausted, swim until your muscles can no longer do it, swim until there is none. Dive into the water and feel in the right place at the right time, perfectly integrated with that wonderful element that eliminates the differences and flattens the sounds. Dive into the water and feel good. “Because we all started from the water, in those nine months spent in the mother’s womb in which our body was formed and grew: swimming is going back there, going back to birth, going back to the beginning of everything”. It is Simone Barlaam who speaks freely, while driving to Milan for his daily training: Simone is grinding one victory after another, one record behind the other, one satisfaction behind the other. And he will be among the protagonists of the Lignano World Series. “Because in Lignano – he continues convinced – I would not miss for any reason”.

In Italy, but also all over the world, it’s my favorite stop: it’s the most beautiful. The place is beautiful, but above all I like the atmosphere you breathe in those days.

Can you tell us about it?

Everybody – athletes, volunteers, friends – are together in a village, and the bond that is created between everyone is very similar to what happens in the Olympic village during the Games. I haven’t done any of Paralympics yet, but I’m sure it is. Another thing that makes the Lignano stage unique in the world is the fact that, together with the World Series, we also organize the championships of society: all together, beautiful.

How’s the season going?
So far, very well. I hit the European record in the 100 style, improved my record in the 50 in Indianapolis … I hope to do good things in Lignano too: I care a lot, even if this year I can’t train as I would like because in a few months I have the high school graduation.

Study and training … can you do both?

If you want, do it. Believe it or not, I tell you that since swimming became such an important part of my life at school I have improved. Because before I had a lot of free time I was more distracted, I didn’t organize, I lost time, I was dispersed: swimming taught me how to organize myself, although I live far from Milan and have to drive forty minutes to go and one to come back to go to train. But I take advantage of every good moment: last year when I moved by train I had a two-hour journey (one to go and one to return) to study.

So, the graduation: and after?

Good question. Meanwhile, I finish the Liceo Scientifico: then, we’ll think about it. A sabbatical year to think only of the Tokyo Paralympics? Or immediately the university, maybe mechanical engineering? We’ll see. One step at a time, indeed: one stroke at a time.

How long have you been swimming?

Since I was a child, swimming was the only sport I could do: because my femur crumbled with every kind of stress. Then, twelve surgeries later, the situation improved: but swimming is part of my life, and for four years now it has become something very serious. They often ask me what you feel when I’m in the water: the truth is that I can’t answer, because certain sensations cannot be expressed in words.

Why is Paralympic activity important?

Three simple words but at the same time very powerful: it can be done. We are here to show that there is nothing impossible, to tell a mother who was born a “special” child that her son can do whatever he wants. I like to think that we, we athletes and we Paralympic movement, are carrying out a social and cultural mission that leads to changing the mentality of our country.

Because the road is still long. I was lucky enough to study for a year in Australia and believe me, there is another world down there: the disabled athlete and disability have lived and seen with great normality, with great naturalness. Strengthened by the conviction that we all have a weakness, we all have a disability: even if we don’t see it. And diversity is our most powerful weapon. 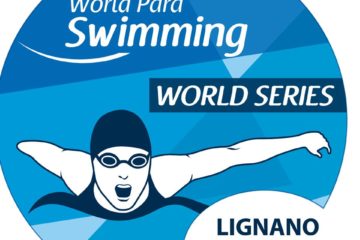